Terrell began as a “depot town” along the Texas and Pacific Railroad Company’s new transcontinental line from Longview (in East Texas) to California.

In 1873 a consortium of landowners led by Robert A. Terrell, an early pioneer and surveyor in the area, donated 100 acres to the railroad company in exchange for a depot on the rail line. The town was organized around this original town site and another 100 acres to the north owned by Terrell and his partners.

The railroad town grew rapidly, incorporating in 1874 with Col. J.W. Elder as the first mayor. When the town re-incorporated under new Texas law in 1875, it boasted more than 1,000 residents. Churches were organized almost immediately and public schools opened ten years later. A state facility for the care of the mentally ill was established here in 1883.

Railroads again became important shapers of local history in the 1890s, when Terrell became the headquarters of one of the nation’s most prosperous short line railroads, the Texas Midland Railroad, with Col. E.H.R. “Ned” Green as president. Ned was the son of Hetty Green, the “witch of Wall Street,” at the time the richest woman in America. Ned was a colorful character, as well-known for his personal exploits as for his business acumen. Ned made the first automobile trip in Texas, a jaunt from Terrell to Dallas, at speeds of 20-25 mph. He also suffered the first auto accident in Texas. During the Dallas trip, Ned and auto company representative George Dorris were crowded off the road by a farm wagon and ended up in a ditch!

By 1920, the Terrell State Hospital, with 2,300 patients, was the largest facility of its kind west of the Mississippi. Terrell was the commercial center of the county, and the downtown main street was crowded every Saturday as farm families came to town to trade and visit. Cotton reigned as the cash crop in rural areas surrounding the town. During this period more cotton was shipped from Terrell than from any other single place in the world.

During World War II a British Flight Training School (#1 BFTS) opened at the southern edge of the city. The airfield and its buildings provided sites for post-war industries, the beginning of the industrial diversification Terrell enjoys today. 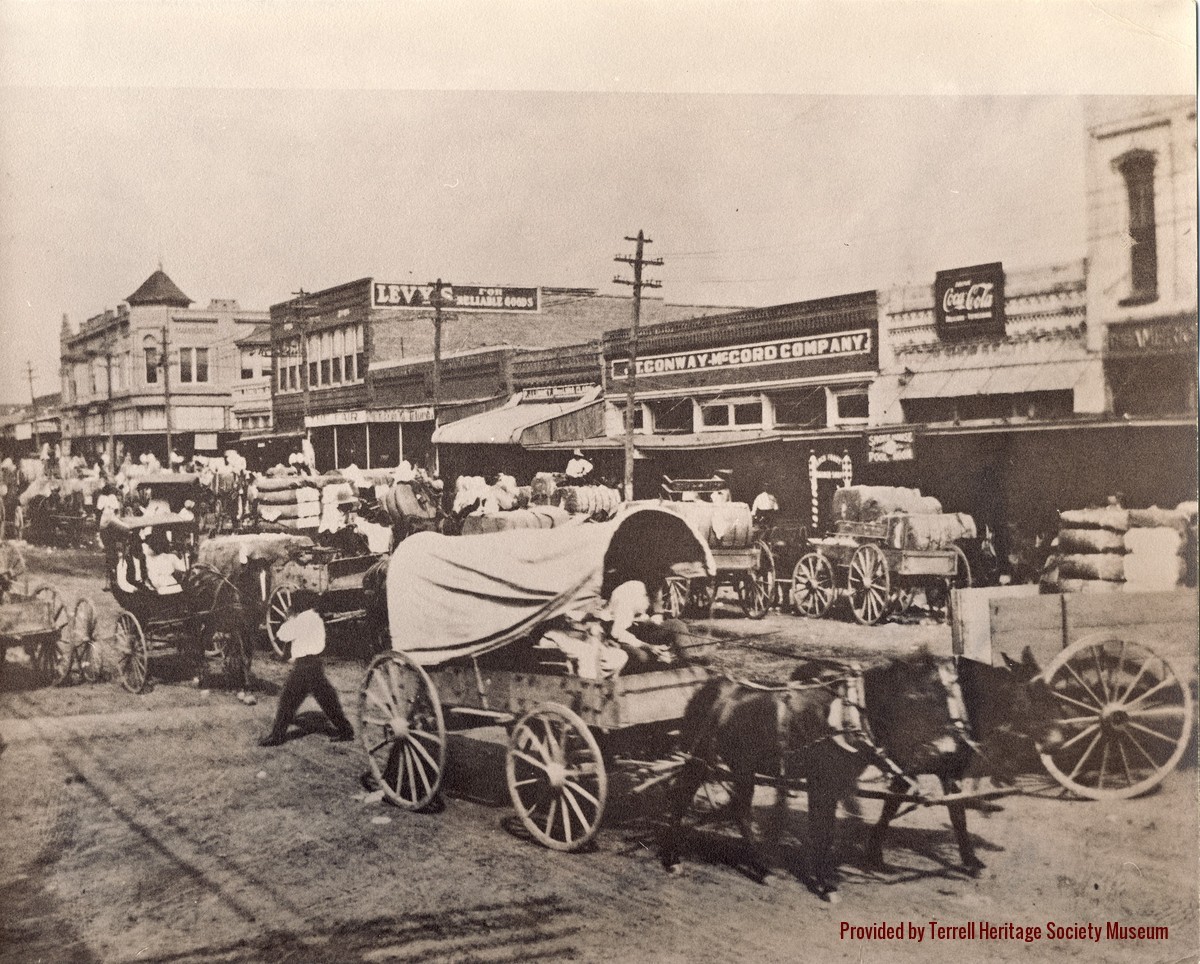 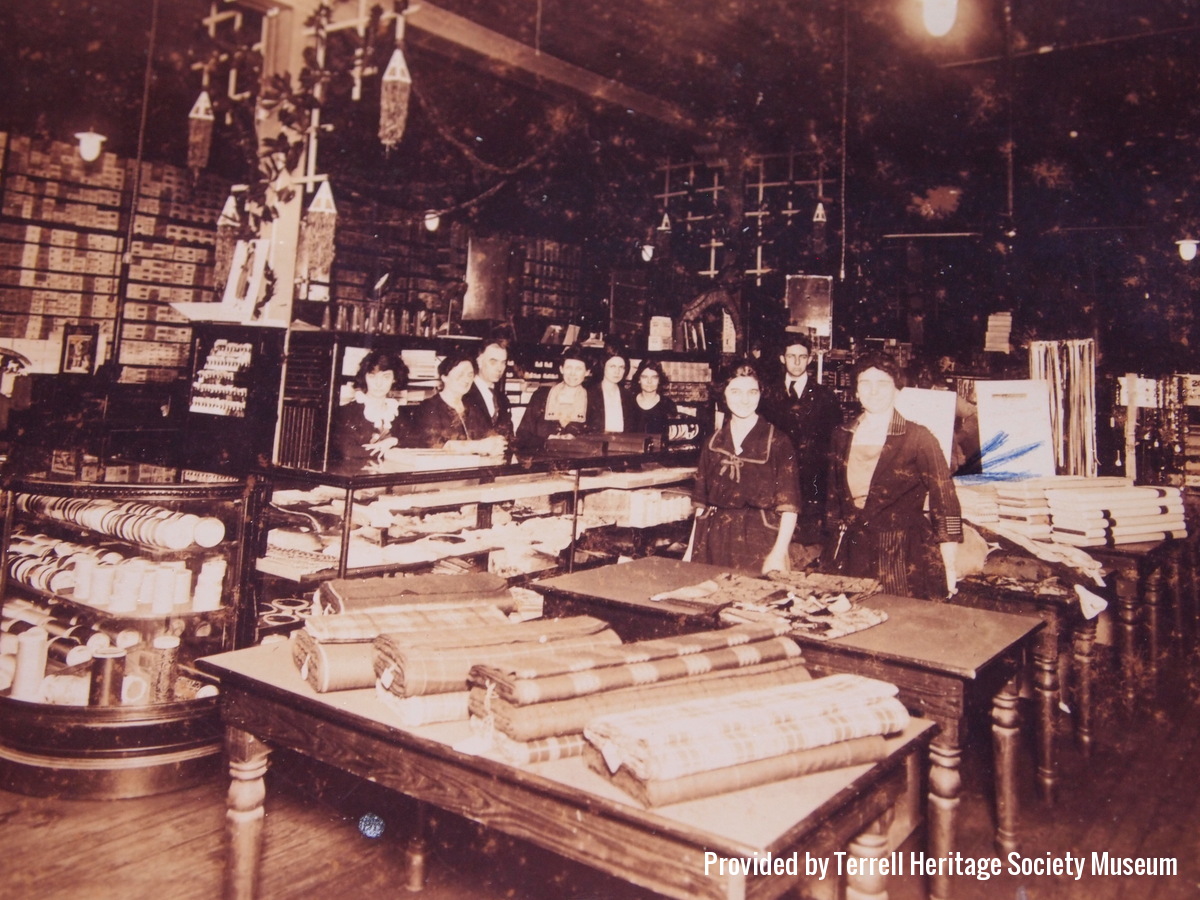